Stahl Explains: What is a chemical substance?

This week, Ingrid Weijer, André Derksen and Michael Costello tap into chemical substances in the Stahl Explains below.

What is a chemical substance?

Did you know that chemicals are everywhere? Everything we touch and use in our daily life has been made from chemicals. Air, water, iron, gasoline, clothes, stones, furniture, plastics, plants, food are all composed of chemicals, some natural, some synthetic. Chemicals can be single chemical molecules, like water, or mixtures of different chemicals. Air is a mixture nitrogen, oxygen, water, carbon dioxide + other chemicals. Living organisms, like plants & animals, consist entirely of chemicals. Living cells are made up of biologically formed chemicals like proteins and DNA. In chemistry terminology, a distinction is made between organic and inorganic chemicals. Organic means that the chemical contains carbon atoms - the term ‘organic’ was introduced long ago when scientists associated organic carbon-based chemicals with living organisms. Nowadays many ‘synthetic’ (ie: man-made) chemicals are also organic. Indeed, organic chemistry still represents a significant area of scientific research. An important class of organic chemicals are polymers. Polymers occur in nature - the cellulose in plant cells or DNA are examples of naturally occurring polymers – but man-made polymers are also common, for example nylon, PET, polycarbonate and plexi-glass. Petroleum and natural gas are also organic chemicals, as they are the result of organisms that died millions of years ago. Inorganic chemicals do not contain carbon atoms and are also well known in daily life; iron, gold, stone, sand and glass are common examples.

Hydrogen, Helium, Oxygen and Carbon are the most abundant chemical elements on earth. It is interesting to note that the amount of chemical elements on earth does not change; only the bonds that bind elements together can be destroyed. Carbon, for example, is always present on earth in the same amount. It is present in air (as CO2), in plastics (polymers), in diamond (a hard form of carbon), in our bodies (all living things contain carbon) and even in the graphite pencil you draw with. When heated or decomposed, chemical bonds can be destroyed, but the (eg: carbon) element atoms remain. The chemical industry transforms the Earth’s elements and compounds into products that humans can use.

Why are chemicals important?

We are surrounded by chemicals. Every product we use is made from chemicals. Sometimes our senses make us aware of chemicals, like when filling our car with gasoline, but often we forget that the products we use are, in fact, chemicals. Houses, bicycles, shampoos, furniture, food, clothes, paper, cables and laptops would all be impossible to produce without chemicals. Chemicals are literally everywhere.

Hazards and toxicity are often confused. The toxicity of a chemical is its ability to cause harmful effects and is one factor in determining if a hazard exists. The hazard of a chemical is the likelihood that the chemical will cause harm, and is dependent on factors like toxicity, dosage, exposure etc. With the proper handling, even highly toxic chemicals can be used safely. Conversely, if used improperly, less toxic chemicals can be extremely dangerous. To give an everyday example, low doses of alcoholic drinks are not dangerous for humans but if you drink enough alcohol in a short time (ie: high dosage & exposure), it is poisonous and hazardous.

Based on the results of toxicity studies on the impact of chemicals on living organisms, concentration limits have been established for individual substances that may be present in those chemicals. These limits can be regulated by law (eg: REACH, TSCA) or by voluntary initiatives (eg: ZDHC, GADSL, bluesign®). For some chemical substances, the ‘allowable’ limit is so low that it may be banned from use. If the concentration limit is slightly higher, the chemical substance may be ‘restricted’ and only allowed in very small amounts. Not all countries have the same legislation, and the limits or choice of substances can vary, but the principle is the same: to reduce and prevent the impact of chemicals on living organisms (humans, animals, plants, rivers, lakes, oceans).

Read our other Stahl Explains:
'What do we mean by a substrate?'
'What is the difference between polymers and plastics?'

Biodegration:
'Are bio-based materials always biodegradable?'
'Are biodegration and composting the same?'

Coatings:
'What is a coating or paint? Are they the same?'
'Why are there so many types of coatings?'
'What would happen if there were no coatings?'
'Is there such thing as a natural coating?'
'How do we design our coatings?'


Are you looking for more information? 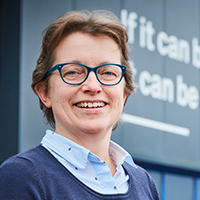