Stahl Explains: What is biotechnology?

André van der Ham takes us through what biotechnology in this installment of Stahl Explains.

In short, biotechnology is the industrial exploitation of living organisms or derivatives thereof. This means the goal is to combine knowledge of biology and technology to develop products and processes on an industrial scale. Nowadays there is a lot of attention for new products and processes, yet the art of biotechnology is really old. One example that will always speak to anyone’s imagination is fermentation of starch-rich material to beer: brewing. For at least 5000 years mankind has been adjusting and perfecting this process.

Only since the late 1900s, scientists have developed gene-editing techniques. Since the introduction of a new gene modification tool called CRISPR in 2009, a revolution took place in the field of biotechnology. It was never easier to adjust genetic data in organisms and biotechnological developments have been in the lift ever since.

Since costs are lowering and innovation in data collection methods is in the lift, a lot of data is collected. Through sharing and making this data publicly available endless possibilities have been opened up in the art of gene editing. A direct effect of opening up knowledge to the public is that it’s quite easy to modify a micro-organism to do exactly what you want it to do. Such a microbe is called a biofactory.

A biofactory does not come assembled, nor as a regular Lego castle with a manual. The manual of the Lego castle has to be written and there is nobody who can tell you how. This means it usually requires a lot of attempts to get the castle built right. In other words: to find a structure so that the genome can function as it should. Imagine replacing one or two blocks of an unknown position from the Lego castle by any random form of block. If you do not use the right replacement block, it could either cause the castle to collapse, slope, or it could be a successful replacement. Opposed to a gene, a Lego block is a simple representation of reality. The complexity that presents itself within DNA and gene editing does not make this an easy job.

To speed up such developments, a more recent upcoming trend is the use of highly advanced computers and robotics to take the labor out of our hands. Imagine a robot using Lego blocks to try every manner possible to build the Lego castle, and every time it does or does not succeed this is registered in the software. Moreover imagine this robot using multiple hands to try and build several castles at once. After all this trying, there will be a manual for each castle – a database of possibilities for building the castles. In genetics these are so called biofoundries. The use of robots decreases costs – since human labor is not cheap – and labor time, meanwhile acquiring huge amounts of data. Upcoming artificial intelligence can also be used in these biofoundry systems to include machine learning and speed up research even more. Obtaining data, and sharing and building on this data to create endless new possibilities is what we could call the basis for biotechnology of the future.

Do you want to learn more about biotechnology? Read here our part II:

What is biotechnology part II 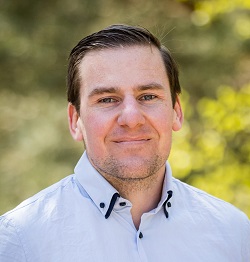