Auxiliary specialties that maximize the results in the beamhouse

As well as tanning auxiliaries, Stahl offers a number of auxiliary specialties to ensure you achieve the results you want during the beamhouse and tanning process. These auxiliaries are part of our complete and sustainable Stahl Neo® portfolio which complies with the ZDHC MRSL.

Read more about our auxiliary specialties by downloading the catalogue.

Bemanol® RS-230 is an alkaline oxidant auxiliary preparation. It is a stable product for use at the end of liming and in the deliming stage. Bemanol® RS-230 is part of Stahl’s new RS version of the product. This version helps to reduce environmental impact and is specially developed to oxidize the sodium sulfide to create sodium sulfate during liming and deliming. Used in main soaking, it helps to dissolve dirt and residual blood, and it also improves the soaking, resulting in a cleaner skin before liming. Used at the end of the liming stage, Bemanol® RS-230 will reduce the sulfide remaining in the float and the typical sulfide smell in the tannery. It can be used in the first wash of de-liming and in the wash after bating to oxidize the sulfide in the pelt. Bemanol® RS-230 reduces the risk of hydrogen sulfide (H2S) forming in pickle. Also it helps to avoid remaining sulphide in the pelt before pickle, improving the performance of the fungicides.

Bemanol® RS-250 is a dispersing and sequestering agent of iron and calcium that reduces the incidence of lime blast and iron stains. Bemanol® RS-250 also shows a useful water softening effect on hard water, which can impact processing performance. Bemanol® RS-250 can be used to prevent blood stains in pre-soaking and main soaking. It can be used in dehairing to reduce iron stains, in liming to avoid calcium stains, in the de-liming stage in first washing to avoid calcium stains (lime blast), and in vegetable tanning in first and last washing, to avoid black iron stains.

As a universal slip agent based on special acrylamide polymers, Felidern® SAN can be used in most processing vessels and most stages of the leather making process. It can be added at most process stages, including pickling, tanning, retanning and dying. Stahl recommends small additions at each stage.

Mollescal® AG is a slip agent that reduces the friction between skins and the walls of the drum to prevent skins being damaged by excessive mechanical action. Mollescal® AG also prevents the grain from being damaged by scuffing and chafing during the liming process and inhibits the formation of fold marks. It should only be applied when all the hair has been removed and the pelts have begun to swell – that is, after all the other liming chemicals have been applied. Mollescal® AG prevents the leather from becoming tangled and helps to prevent the grain from being scuffed. The large reduction in friction prevents the temperature of the float from increasing too steeply during the pickling and tanning stages.

Sortassist® liq is a pigment dispersion mainly used in the sorting stage of wet-blue leathers to help grade and select hides and skins. Sortassist® liq is applied in the drum following chrome tannage and makes it easy to identify any faults in the grain. It is easy to use and any coloration of the substrate (only noticeable above pH 4.0) can be reversed to return the crust to its original color. In fact, following grading, the blue coloration will disappear within 24 hours. Sortassist® liq can also be used to sort old and stored wet-blue.

Want to know more? Download the relevant documents right here. Please note that authorization is required for Technical Data Sheets. Enter your details, hit submit and once approved we will send your information by email. 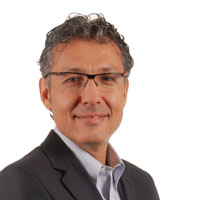